In the days when people used to only play bingo in traditional bingo halls up and down the land, there was very little choice over the type of game to play. These days, however, the rise of online bingo has led to an explosion of choice in the variety of games available to select from. Even more recently, the increase in the popularity of mobile bingo apps has meant that players have a wealth of gaming choice no matter where they are or whatever time they want to play.

There is a surprisingly wide selection of bingo variants to select from, and when you play through a mobile app, you’ll have enough choice to keep you thoroughly entertained. Whether you prefer to play the traditional 90 ball game or whether you’re looking for something a bit more unusual, you’re sure to find something to fit the bill. There’s no need to worry that the variety of games available means that the gameplay will be complicated either, since mobile apps ensure that the controls for each game are extremely simple. Also, another benefit of having so much variety is that you have even more opportunities to win and have fun.

Anyone who has ever struggled to keep up with the caller in their local bingo hall is sure to prefer playing mobile bingo, since the numbers are dabbed off automatically. That means that you can have multiple cards and never have to worry about accidentally missing out on the jackpot, since the software will always keep track of which numbers you’ve already marked off. Even better, the software even claims all of your winnings for you, so you’ll never miss out on any profits that you’ve gained.

What Kind of Games are There on UK Mobile Bingo Apps?

Although at one time people had a very limited selection of bingo games to choose from, today there are more than ever before – certainly enough to ensure that nobody ever gets bored. Whether you delight in the classic games or you want to try your hand at something a little different, you canselect from either a long established or a newly created option when you play on one of today’s UK mobile bingo apps.

No two bingo games are identical, and if you know what the various differences are between them, it will be easier to choose which ones are the right choice for you. You will find a wide range of games offered by all of the mobile bingo apps, whether they belong to a large or small operator, and each one has something unique to offer its players. As not all apps have every game available, you should check to make sure that your chosen mobile app provider allows you to access your favourite type of bingo.

Here, you can find some of the top games which can be found on UK mobile bingo apps. While some of these games are found virtually everywhere, others are a lot harder to find. That said, each one has something special to offer players together with lots of fun and opportunities to win for players of all kinds.

When you want to play a traditional game of UK bingo, the 90 ball version is the one you’re looking for. Taking players right back to the classic bingo hall experience, this variant is the most popular game on UK mobile bingo apps and is simple to play, even for complete beginners. Every card has 3 rows and 9 columns and you can win up to 3 prizes in each game, for 1 line, 2 lines or the full house. If the player marks off all of the numbers on their card they have a full house and win the biggest prize. Usually, there will only be one winner, however sometimes the winnings must be shared between two or more successfully players. This game is the best option for those who are brand new to mobile bingo since it’s simple to understand. With only 3 winning patterns, players don’t need to learn any complex rules and therefore they can just enjoy having fun and hopefully making a profit. 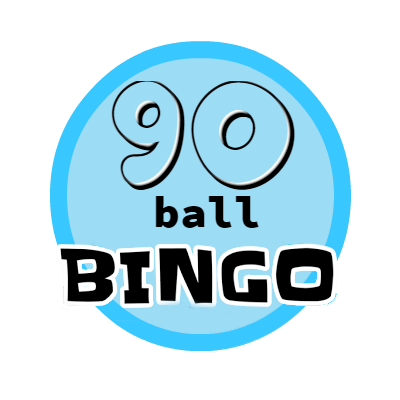 The 75 ball bingo variant is the traditional American version of the game, being played on a 5×5 grid. Each square contains a number except the one in the middle and as you might imagine, there are 75 balls instead of 90. The main difference between 75 ball and 90 ball bingo is that players have the opportunity to win no less than 5 different prizes which are available for 1 line, 2 lines, 3lines, 4 lines or 5 lines. The first player to mark off every number in a diagonal, vertical or horizontal line is the winner. 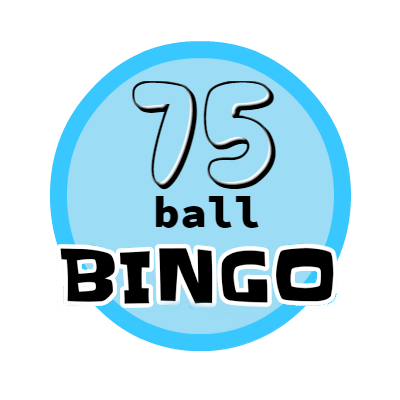 75 ball bingo is a traditionally American game, however there is a UK version that uses 75 balls too – Coverall bingo. Sometimes also known as UK 75 ball bingo, this variant is also played on a 5 by 5 grid with the aim of completely filling the card. It is an easy game and is becoming increasingly popular with fans of all ages. The one negative is that this is a slower game, however since the jackpot is usually bigger, the extra time that gameplay takes is worth it. 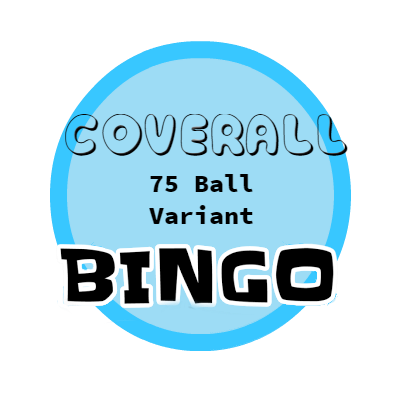 Although this variant of mobile bingo isn’t yet as popular as the classic 75 or 90 ball games, but it is starting to be played more frequently on mobile bingo apps as a fun and different alternative. Speedier than the 90 ball version, the 80 ball game only has 4 columns and 4 lines and 16 numbers on the card. There is one problem however in that the objectives and rules of this game can vary depending on which app you’re using. The principle of the 80 ball game is similar to that of the traditional 90 ball variant but there are many more ways of winning and a greater number of prizes available. The pay table for this variant offers a host of ways to scoop a reward such as marking off an X or daubing all 4 of the corners. 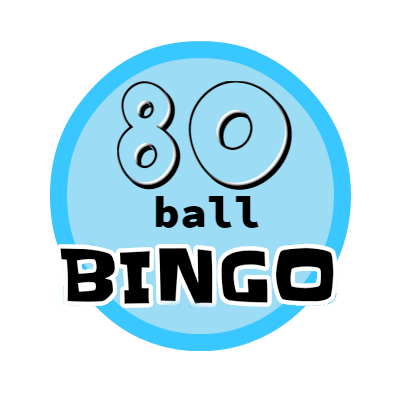 Speed Bingo is a version which uses only 30 balls, ensuring a faster and more exciting form of gameplay. Mobile app bingo players are often filling in time between tasks or activities, and therefore speed bingo is a great choice for them since it can be played very quickly in just a few minutes – ideal for those spare moments. This shorter version of the game also brings a thrilling adrenaline rush which has proved popular with players. The rules of this game are also simple to get to grips with – each card has only three columns and three rows with players trying to mark off every one of their 9 numbers to win. This variant is still a little harder to find for mobile devices than the more traditional games, however it is started to becoming more widespread. 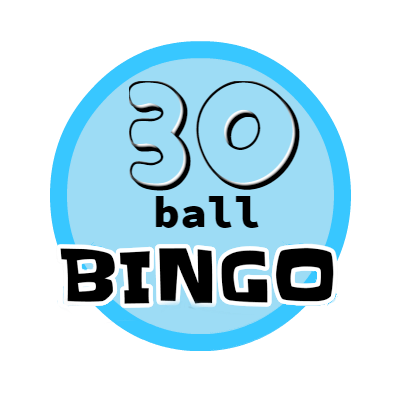 Bingo Games Based on TV Shows

In the last couple of years, popular TV programmes have proved to be a key inspiration for mobile bingo app games. There are numerous options available these days which have their basis on famous games shows and TV series. One well known example is the Deal Or No Deal bingo game which is similar to the 90 ball game with a 3 row 9 column set up. The primary difference in this variant is that the player selects a numbered box before beginning play and there are 4 prizes on offer rather than 3. While the first three are award to the player who marks off a line, 2 lines and afull house, the fourth prize is for the Deal or No Deal Box. If the player has won the full house prize, they can then decide whether or not to gamble their winnings in the hope of scooping a bigger prize from their chosen box. There are lots of other TV linked bingo variants too such as Take Me Out with its heart shaped 15 number pattern, Britain’s Got Talent with its 6 prizes and, of course, The Chase, a 90 ball game in which the player faces the Chaser in their final round. 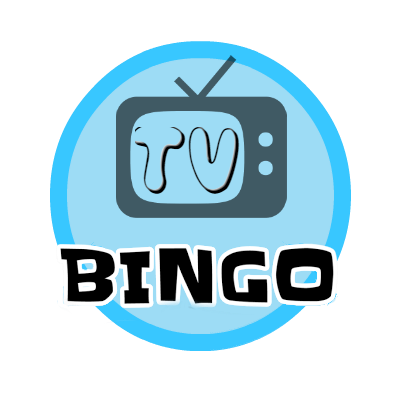 Players who seek something different in their gameplay can try playing Joker Bingo through their favourite mobile bingo app. This unique version uses playing cards instead of traditional numbers and the game card has a 3 x 3 grid with 6 hands. The prizes are given according to the number of decks purchased for every game. Usually, there are two types of prize awarded for a line – the first for whichever player calls bingo for marking off the letter J and the second for the player who covers their entire card. 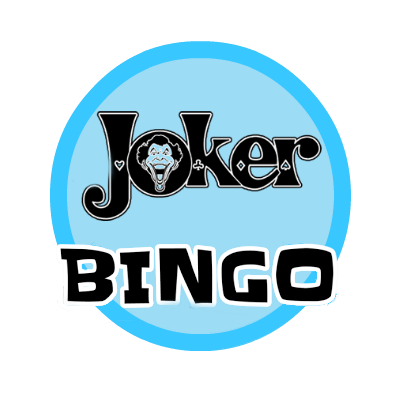 For players who really enjoy bingo, a longer version of the game could be perfect for you. If that sounds ideal, the 5 line version of the game can be found on several mobile bingo apps and is based on the classic British 90 ball game. There is one main difference however in that there are five linesto play with instead of three. One of the top advantages of this variant is that there are more chances of winning.

Although playing bingo online has always been a fun experience, recently software developers have recognised that many people were missing out on the social experience of actually physically being in the bingo hall and talking to other people. To that end, they created the Bingo chat game which can easily be accessed through mobile bingo apps. Now players can have all of the fun of chatting and making friends while still enjoying their favourite game from the palm of their hand. Most of the top mobile bingo apps now offer this facility and some even offer the added bonus of extra prizes specifically for players who have activated the chat room while they play. Find more about Jackpotjoy Bingo App and their Live Chat option.

Getting Started With Free Bingo

Although most bingo players are most interested in scooping the jackpot, some people are still interested in playing for free. Whether that’s because they can’t afford to gamble or because they just want to get to grips with a new mobile app before risking any money, these players will be pleased to discover that many of the best bingo apps offer the chance to play free of charge. One of the advantages of free games is that players can make friends and socialise in the chat rooms without paying a penny and they can fill in time as they wait for the next prize game to begin. Some apps sometimes even have free roll games where players can enter for free with the chance of winning a prize.

Choosing a Bingo App Based on Games

When you’re choosing the right mobile bingo app to suit you, there are lots of things to keep in mind. However, after the obvious factors such as licensing and regulation, the variety of available games has to be one of the top considerations. Before you download any bingo app, you should check to make sure that they offer your favourite games and that you have enough variety available to keep you entertained. An app which offers a broad spectrum of options is the best choice since you can mix up your gameplay and ensure that you’ll never get bored.

Online bingo has progressed hugely over the last decade, and since the arrival of the mobile app, it has developed even further. Today, people who enjoy playing bingo from their tablet or smartphone can download mobile bingo apps for an even simpler and more convenient gaming experience, and even better, they can choose from a wide range of different games to suit every preference.